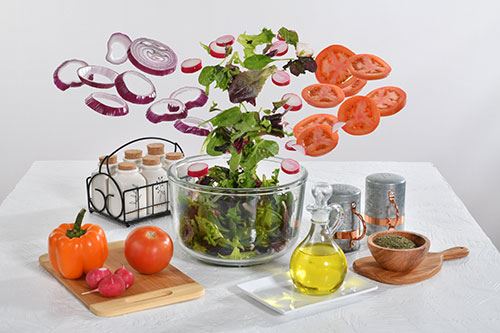 Written by Jane Pendry
Hypnotherapy is recognised by the medical profession as one of the most effective treatments for IBS.

Over the course of their lifetime, one in five people is likely to be affected by Irritable Bowel Syndrome. So what is IBS?

What is IBS?
Usually, people diagnosed with IBS experience a combination of symptoms: one may be more dominant and intense than others, and symptoms may be mild to intensely debilitating, prompting sufferers to seek medical help. Living with these unpleasant symptoms can lead to anxiety, depression, or social isolation, creating a vicious cycle of stress and discomfort.

Irritable Bowel Syndrome symptoms can be very uncomfortable but do vary enormously. Symptoms can include:

Oversensitive to messages from the gut
Another hypothesis is the brain becomes oversensitive to messages from the gut. Mild indigestion is interpreted as severe abdominal pain.
Often a flare up of IBS starts after a stressful event. Other triggers for IBS include: alcohol, fizzy drinks, chocolate, drinks with caffeine, processed snacks (crisps and biscuits), and fatty or fried food.

No test for IBS
Diagnosing IBS is difficult. There isn't a specific test. Often the doctor will exclude other causes first, for example IBDs (Inflammatory Bowel Diseases) such as Crohn's or ulcerative colitis. Inflammatory markers in blood tests identify these conditions.

Hypnotherapy can still help IBS as a complementary therapy, alongside prescribed medical therapies, but these are more serious conditions that require medical attention first. It's one reason anyone suffering IBS symptoms should see their doctor in the first instance. However, psychological stress is most definitely an important factor for the development of IBS. More and more clinical and experimental evidence shows that IBS is a combination of both irritable bowel and 'irritable' brain. 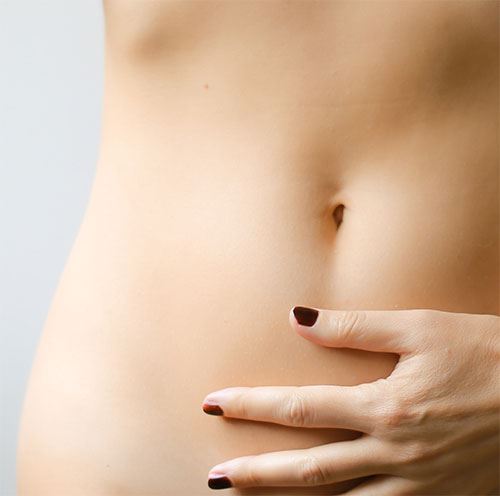 What role does stress play in IBS?
There is no doubt stress plays a significant part in IBS. An episode may start after a particularly stressful episode in your life.

What comes first, the IBS or the stress?
Does IBS cause anxiety; or does anxiety trigger IBS? According to the authors of the paper 'Impact of psychological stress on irritable bowel syndrome' in the World Journal of Gastroenterology: "There is strong evidence that IBS is a stress-sensitive disorder. Therefore, the treatment of IBS should pay much attention to managing stress and stress-induced responses."

Stress and anxiety are the mind and body's distress signals warning of imminent danger. Modern life is full of low-level threats and stresses: school, work, technology, not to mention pandemics and politics, mean we are surrounded by narratives or experiences that continuously trigger the stress response and have the potential to create prolonged anxiety.

The brain gut connection
Stress and anxiety release hormones that increases the heart rate in order to pump more blood to our muscles when we are under threat. The same hormones seem to aggravate IBS symptoms as well as affect our microbiome - the balance of gut bacteria in our stomachs. Amazingly, hypnotherapy can also positively affect the microbiome.

IBS causes disturbances in the balance between the brain and the gut, triggering the gut to become overactive. This may result in diarrhoea and the sensation of a stomach-churning feeling. In some people, brain signals become underactive, causing the gut to slow down and become sluggish. The result is inevitably constipation, gas, and abdominal discomfort.

Three researchers reporting in the World Journal of Gastroenterology (WJG) concluded, "Evidence from clinical and experimental studies showed that psychological stresses have marked impact on intestinal sensitivity, motility, secretion and permeability, and the underlying mechanism has a close correlation with mucosal immune activation, alterations in central nervous system, peripheral neurons and gastrointestinal microbiota."

As hypnotherapy changes the emotional triggers that reduce stress, this gentle drug-free therapy is likely to alleviate IBS symptoms. By inducing a deeply relaxed state and using suggestions that reduce anxiety and increase confidence and wellbeing, gut sensitivity is also likely to be reduced.

What's the evidence?
Peter Whorwell, Professor of Medicine & Gastroenterology, University of Manchester, has analysed and explored the application of hypnotherapy to manage and treat IBS since the 1980s. Through his pioneering research, Professor Whorwell demonstrated that over 60% of IBS sufferers who undertake hypnotherapy see long-term improvement. In many cases, symptoms disappear with no recurrence.

Hypnotherapy included in NICE guidelines
Thanks largely to Professor Whorwell's research, hypnotherapy is listed in the National Institute for Clinical and Care Excellence (NICE) guidelines as one of the evidence-based treatments for IBS.

NICE recommend that, "People living with IBS who do not respond to pharmacological treatments after 12 months, [should] consider a referral for psychological interventions, such as cognitive behavioural therapy (CBT), hypnotherapy, and/or psychological therapy."

The NICE recommendations also state, "Referral for psychological interventions (cognitive behavioural therapy [CBT], hypnotherapy and/or psychological therapy) should be considered for people with IBS who do not respond to pharmacological treatments after 12 months and who develop a continuing symptom profile (described as refractory IBS)." The difference between CBT and psychological therapies, and hypnotherapy, is that the latter requires rather less effort and is an enjoyable and relaxing process in and of itself.

Of course, you don't need to wait 12 months to try hypnotherapy, but your doctor may not suggest this until other therapies have been tried.

Gastroenterology Research
Three researchers reporting in the World Journal of Gastroenterology (WJG) state that, "Psychological stress is an important factor for the development of irritable bowel syndrome (IBS). More and more clinical and experimental evidence showed that IBS is a combination of irritable bowel and irritable brain." It makes sense, therefore, that a complementary therapy known to actively reduce stress and anxiety will have a positive impact on IBS symptoms.

The review article in the WJG concludes: "Due to the failure of traditional pharmaceuticals, e.g., laxatives and secretagogues, to give permanent relief, non-pharmacological approaches are now getting more and more attention. They include physician-patient relationship and placebo, patient education, utility of hypnotherapy, cognitive behavioural therapy, dietary modification including probiotics, exercise, and biofeedback." Of these, hypnotherapy is proven to reduce anxiety and stress without drugs and with commitment, but little conscious effort. Solution Focused Hypnotherapy also helps people change habits such as modifying diet and increasing exercise. 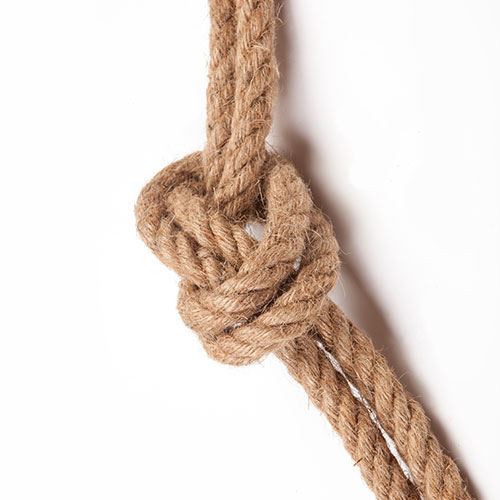 Studies on hypnotherapy are unusual in the world of medical research, which is largely funded by government agencies or big pharma.

Nevertheless, Cochrane, a journal producing systematic reviews of primary research in human health care and policy, confirmed that some studies do indicate that hypnotherapy was effective in treating IBS symptoms including abdominal pain. Although these small studies are interpreted with caution.

Medical treatments and guidance
Doctors diagnose IBS by eliminating any other medical reason for the symptoms. If you have a diagnosis, your doctor may prescribe medication to reduce the symptoms or offer talking therapies such as CBT on the NHS. The NICE guidelines also recommend Hypnotherapy as an effective drug-free treatment.

Diet
Those with diarrhoea may need to cut down on the insoluble fibre (wholegrain bread, bran, cereals, and nuts and seeds). Those with constipation are likely to be advised to increase intake of soluble fibre and water. Where there is persistent or frequent bloating, a low FODMAP (Fermentable Oligosaccharides, Disaccharides, Monosaccharides and Polyol) diet is often advised.

FODMAP carbohydrates (fruits and vegetables, animal milk, wheat products, and beans) aren't easily broken down and absorbed by the gut and can start to ferment quickly, releasing gases that lead to bloating. People with IBS may try keeping a food diary to identify those foods that appear to trigger an episode. Prebiotics and probiotics to increase healthy gut bacteria are also worth researching.

…and exercise
For many moderately strenuous exercise also brings symptom relief. Anti-spasmodic drugs may be prescribed. The doctor may suggest laxatives for constipation or antimotility medicines for diarrhoea.

Because of the impact IBS, IBS sufferers may also experience depression and anxiety. Solution Focused Hypnotherapy is also very helpful in helping to reduce anxiety and alleviate low mood.

Choosing Hypnotherapy
Solution Focused Hypnotherapy ensures the client remains in control.
The Solution Focused conversation, which takes place at the beginning of each session, enables clients to explore, determine, and create essential incremental changes to their lifestyle, which are reinforced by gentle hypnotherapy with open suggestions that helps change thought, action, and interaction.

Ultimately, re-engaging with life more fully and creating a healthier work life balance, with appropriate support, enables IBS sufferers to get their issue in perspective. As mental and physical health improve through Solution Focused conversations, so it becomes easier to make those necessary changes to diet while creating healthier habits that lead to optimum health, naturally and easily.

Calming the central nervous system, increasing the flow of serotonin, and creating a more helpful cycle of positive thought, positive action, and positive interaction helps to keep IBS symptoms at bay, leading to a much better quality of life all round.

About six one-hour sessions of hypnotherapy usually makes a significant difference. Occasional follow-up sessions may also be needed. Progress will be monitored through the sequence of sessions.