My steps towards being a hypnotherapist 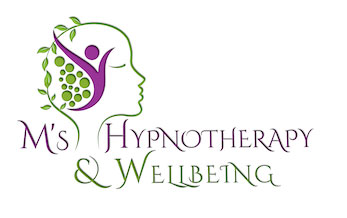 Ten years ago, I was a Detective Constable with Essex Police. I thought this was my career set for life. I enjoyed what I was doing with a true sense that I was helping people. I worked on murder investigations and eventually specialised in sexual offences. But, the trouble with being a police officer is the impact on a person’s mental health. As we all know, everyone reacts differently to trauma. We also know that our reactions are more to do with our thoughts rather than our environment, although it can be a trigger. But consider this too, think about the shear amount of trauma officers deal with on a daily basis, linked with the very worst humanity has to offer. Eventually, the role took its toll, accompanied by a lack of understanding and support of mental illness, I knew I needed to leave the police service. In all honesty staying would have cost me my life.

I was offered a role as an Office Manager, something I did for over four years. It gave me a great insight into business, something you certainly don’t get while working within the public sector. But, I didn’t get that sense of belonging. There had been times as a police officer when I had felt it, but not in this role. I’d always wanted to have my own business, but what in? Security, independent investigations? The answer wouldn’t come to me. I did start to train as a counsellor, but this too didn’t sit right for me, and, at the time, I couldn’t say why. With hindsight, hypnotherapy had popped in and out of my mind on a number of occasions. I’d seen adverts for various courses, and enquired about one years ago, but, for whatever reason, the time was clearly not right and I didn’t pursue it any further.

My brain kept rattling away with no solution in sight, until one rainy November day in 2019, when my life was literally turned upside down, suddenly and unexpectedly, as tends to be the case. My husband of 21 years had a mental health breakdown. He was subsequently diagnosed with Complex Post Traumatic Stress Disorder (C-PTSD), with Dissociative Identity Disorder (DID). He basically became someone else for three months. We both came through the other side, but changed in many ways, some good... some not so.

While the breakdown was happening, I received a lot of support. However, when we learned what the problem was and took those first tentative steps on the road to recovery, I was very much on my own. Of the many things I learned during this process, there are two areas I now feel quite passionate about. Firstly, I want to help others with mental illness, while working to challenge the stigma that surrounds it and the shear lack of understating that exists among people who’ve never experienced it. Secondly, I want to help support the supporter of someone with a mental illness, an area that I feel is often overlooked. I’ve been both, I’ve had clinical depression, I have chronic high functioning Generalised Anxiety Disorder (GAD), and I have supported my husband through a very serious, rare, and complicated mental breakdown and recovery.

The question was how to do this while incorporating it into a business? I’ve had talking therapy to help me deal with my emotions following my husband’s breakdown, especially what his illness and his altered personality did to me, which was a trauma in itself. But talking therapy was making me worse. The sessions often left me triggered with no support. The thought of going to sessions made me even more anxious, and I withdrew from three therapists. I felt let down, isolated, and had a sense of fear that I was beyond the help of a professional. I lost faith in talking therapy. Now, I want to make it clear that I am not saying that talking therapy doesn’t work. It is a viable option for many people. It can work and help.

But, like all therapy, it is about finding what is right for the individual, the trauma, or situation the client finds themselves in. I may have also been very unlucky with the therapists I found. One thing was very clear, none of them had an understanding of DID, which lead to poor and ill-informed advice or suggestions.

Then, one sunny and very hot day in 2020, during the first Covid lockdown I was searching through the internet, researching some of the conditions hypnotherapy can help with. I came across the Clifton Practise for Hypnotherapy, and noticed the term Solution Focused... what did that mean? It didn’t take much to find out. One quick phone call to Gary, my now senior lecturer, and I was sold. Finally, I found a way to help people that was not about reliving or dissecting the trauma of past events, and, to top it off, the course was heavily based around neuroscience, explaining how hypnotherapy actually worked. I signed up immediately.

On my first day in class, we saw a demonstration of an EEG (Electroencephalography) machine being used on a fellow student while in a hypnotic trance. This showed us first-hand the impact that hypnotic trance had on the brain, what areas became active and those that seemed to quieten down. If I hadn’t been sold beforehand, I was after this.

We went on to learn about the areas of the brain that work when depressed, anxious, and dealing with stress. We also learned how we can change the patterns of our behaviour and beliefs within our brains.

Having GAD, to an extent, I understood what the amygdala did. I used to refer to my brain as having two parts, the rational and irrational part. I never realised how close I actually was with this explanation, which I’d come up with to describe my anxiety to friends and family.

Learning about the intellectual and primitive minds felt like everything fell into place for me. Finally, a clear and scientific explanation as to why I sometimes react the way I do. On top of this, I began to understand my husband’s dissociation better, how he’d become ‘unplugged’ as his brain had taken steps to protect him from severe trauma as a child and again as an adult.

It felt like a weight had been lifted, but there was still more to come... hypnotherapy can help with anxiety, depression, and trauma, and can do so, as previously stated, without returning to the trauma. I am learning how to do this, how to educate our clients in understanding how and why their brains reacted as they did, and that I, as a hypnotherapist, could teach them to take back control of their lives. I was loaded up with new information to share with my friends, family, and anyone that was willing to listen. I couldn’t wait to get started.

We learned how to deliver the hypnotic trance. I was pleased to get some great feedback, even from the sceptics such as my sons – my youngest embraced the idea and gave it a try. My eldest announced that he didn’t want me hypnotising him and emptying his bank account or making him tidy his room. It was at this point that I had to remind him that he had moved out! Perhaps he needed hypnosis more than his brother to aid with his memory or at the very least his performance in his dramatic responses! Interestingly, as I have progressed with my training, he has come round to the idea. He is waiting for me to complete the topic of sports performance and will then be starting his own journey and embracing hypnotherapy... especially as he gets it for free!

As with any new venture there are always fears around your ability to achieve your goals, with questions popping into your mind such as: can I do the job? Will I be able to find clients, and am I making the right decision to leave my current role and changing my life? Let’s face it, even when we want to make changes it’s hard – fear sneaks in, and we will have those moments of doubt in ourselves and with what we have decided to do. I’ve had them, I’ve even had them after a weekend spent in class learning about becoming a hypnotherapist. One of the biggest fears was not being able to find clients, even more so while training and then not being able to finish the qualification. We need to submit 8 case studies and it’s my responsibility as the student to find willing participants. My lecturers reassured us as a class that we would find the clients we need, but there is always that doubt that you can’t do it. But, and please don’t tell them I said this, they were absolutely right. I started with a few family and friends, and this gradually started to grow. I put myself out there with the mum of my son’s friend. I mentioned in passing what I was training to do, she instantly said she’d had hypnotherapy before and asked if she could put herself forward to help with my training. She then told a friend, who told another and then another. Before I knew it, I had built up a busy little client base all with different areas to work on. I am loving learning. I’m interacting with new and interesting people, and loving it. And I’m helping people, which I am also loving. This could turn into the best job in the world.

Once my training has finished, I intend to continue to grow my own practise, and eventually approach businesses with a package to support their teams’ mental health and performance with the use of solution-based hypnotherapy. I cannot wait to meet all the new people, clients, and peers on my new journey. The people I have met so far have all been amazing and inspiring. We all have the ability to change our lives for the better, and I intend to do so using solution-based hypnotherapy, for myself and my clients. “Sometimes the smallest step in the right direction ends up being the biggest step in your life, tip toe if you must but take the step” (Naeem Callaway).