Your mindset and the pandemic 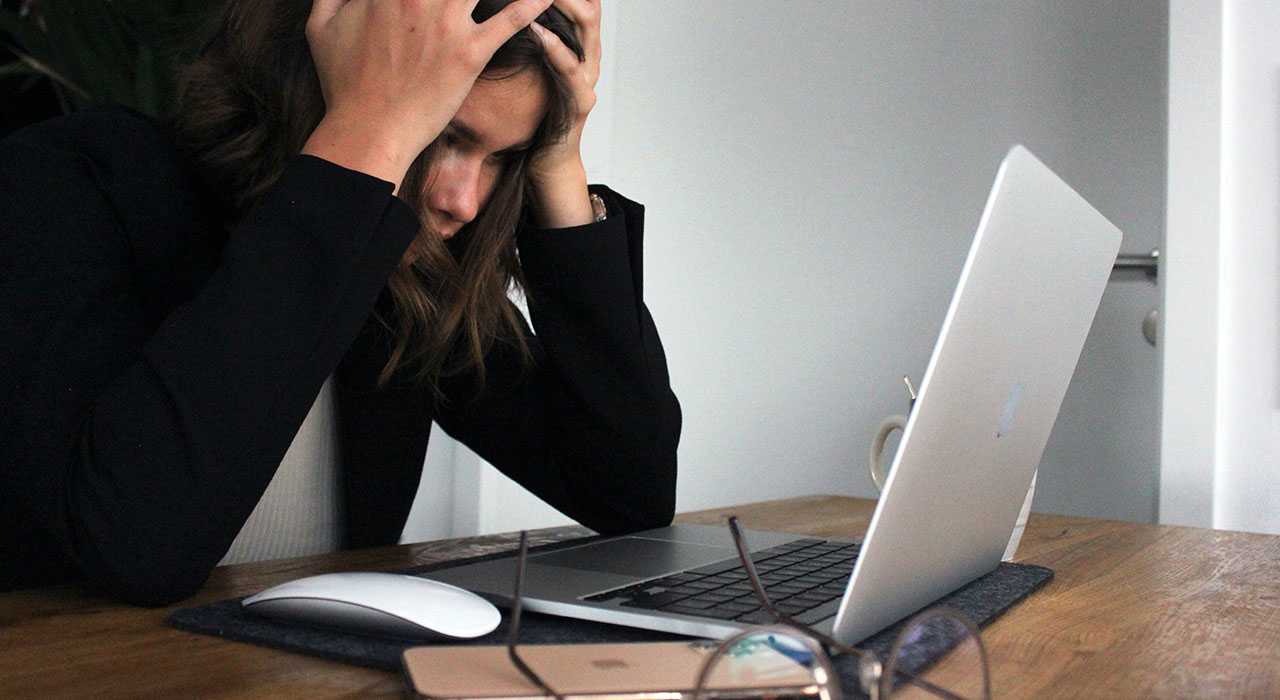 So many people have been working from home for much of the past couple of years. And they will have faced a number of mindset problems while spending time away from the office.

The thing about working at the office is that everything is there (somewhere). Working from home isn’t like that. On the plus side, obviously, there’s no commute, no problems parking, etc. It’s possible to get up in the morning and sit down by a laptop in your pyjamas eating your breakfast and answer emails. And that sounds perfect. The problem is that your home is your home, and quite often doesn’t also convert well to an office environment. And that can make life more stressful than it would be in the office.

Now stress actually comes in three types. There’s the stress that you can cope with. That’s really your level of resilience. It explains why some people can face very difficult situations and just seem to cope, while other people seem to really struggle with the same situation. The second type of stress is the stuff that makes you stronger. It’s like putting your body under stress at the gym or by going out for a long run. It’s sometimes called eustress, and, as I said, it makes you stronger. The third type of stress is stress that has an adverse effect on you – usually resulting in a fight or flight response. This also comes in two types. There’s ad hoc stress, which is basically where you think you see something frightening, and lasts for a couple of minutes. And there’s chronic stress, where the stress continues over long periods of time and your body is constantly bathed in cortisol from the adrenal gland. And the longer that goes on, the more likely someone is to become irritable, anxious, or depressed.

That idea ties up nicely with what medical teams have reported over the past year, there seems to have been a growth in the number of people who are reporting symptoms of depression, anxiety, and irritability.

It’s a fact known to neuroscience that people tend to do what they have always done, ie they are more likely to get into habits and repeat the same actions without thinking about them. They always put on the same sock or same shoe first. They always walk in through the front door and throw their keys on the nearby shelf. And then they always boil a kettle or always pour themselves a drink. Typically, the brain uses about a fifth of all the energy that the body has, and about a fifth of all the oxygen that is transported round in the blood. And it uses more energy and oxygen when it thinks about something. So, it tries to do as much as possible without thinking – ie by habit. Now, it’s quite possible for executive function – the thinking part of the prefrontal cortex – to overrule a habit. And, it can decide on a new behaviour. But unless it’s very definite about the decision, it seems that the old habits will creep back. So, if you like to have a late-night snack or drink, then you are more likely to get into the habit of not only doing it every night, but also starting earlier. And this could explain why a number of people are eating and drinking more while spending so much time at home.

There is another reason. Eating gives your brain a small reward. You get a tiny opioid hit, which is a nice feeling. If you are feeling a bit low, then it’s nice to get a nice feeling in your brain. And so, you just keep eating – binge eating – to get that reward. And after a few months of lockdown, you find that you are putting on quite a bit of weight.

Many people have been feeling lonely working from home and not seeing colleagues. Somehow, a Teams or Zoom meetings isn’t quite the same as actually having a chat with colleagues. Often lonely people aren’t living on their own; they are, perhaps, living with the ‘wrong’ people – people who don’t understand their work and the things that are important to them. Isolation or loneliness has been a big issue during the pandemic.

One of the issues with working from home is that people tend to get up and change rooms and start work. They stop work, maybe watch TV, and then go back to bed. They don’t get very much exercise and, consequently, they don’t sleep very well. And that leaves them tired and less able to perform well the next day. Sometimes, they take a much-needed nap in the afternoon. That then impacts on their ability to sleep that night. You can see how the vicious cycle goes on. Many homeworkers have found themselves getting poor sleep. The answer is to go for, at least, a 30-minute brisk walk every day (whatever the weather). It’s also a good idea to keep to the same bedtime and getting-up times. And stop using screens about an hour before bed.

Many people have reported strange dreams, not just nightmares, but unusually weird dreams. In the general run of things, people don’t remember their dreams, certainly not once they have got out of bed. Of course, every now and again, people do remember a dream. It seems that, during lockdown, more people have been reporting more bizarre dreams!

The other problem that many people faced during the pandemic is worry about what might happen. What might happen to them or their family and friends if they become ill or very ill; what might happen to the local infrastructure if lots of people become ill, ie will there still be fresh water coming through the taps, what if there are power cuts, etc? This can lead to people spending long periods of time brooding. Erma Bombeck said that worry (like brooding) “is like a rocking chair: it gives you something to do but never gets you anywhere”. Brooding can use up a lot of time and energy, but doesn’t achieve anything. The other problem with it is that the brain can’t tell the difference between real events and imagined events. So, all the doom and gloom that brooding creates makes the brain think that these events are going on in the outside world and it needs to protect itself from them. The consequence is that it can be hard to break out of the cycle of brooding and actually get back to real life.

Many people have found themselves home all day with their family, which, over time, in some cases, has led to them experiencing relationship issues with their partner and other family members. They are just not used to spending so much time together.

And many people have found themselves feeling quite depressed about everything – their life, their relationships, their job, their chances of becoming seriously ill, everything. One theory about depression is that it results in a reduction in neuroplasticity – that’s the brain’s ability to restructure itself, ie move neurons around as needed. In effect, it becomes hard to learn anything new. And that’s what makes it so hard for people to get out of a period of depression. What’s needed is a way to boost neuroplasticity, which is what some drugs do. Sadly, depression is the most common mental health problem worldwide.

As people find themselves getting more stressed, they also find their phobias getting worse. And many people have a phobia of needles – which makes it harder for them to be vaccinated against Covid-19. Some people faint when they see a needle, some associate needles with previous unpleasant events, some don’t like needles or being restrained, and some people feel much more pain than most others. And some people have combinations of these responses. So, some people are avoiding getting the vaccine, which may be causing them more stress. And as people’s stress levels increase, it can cause things like OCD to go from mild and controllable to severe.

And there are some people who, having been anxious during the crisis, are now anxious about going back to the office, back into the city to start work, back to meeting and being with people.

Just to recap, your mindset has had to deal with stress, anxiety, depression, anger issues/irritability, feeling fed up, brooding, relationship issues, loneliness, isolation, insomnia, strange dreams, binge eating or drinking, weight issues, and needle phobia and other phobias. People have done very well to overcome all of these. And the good news is that these are exactly the kinds of condition that solution-focused hypnotherapy can deal with.