Are you lonesome tonight? 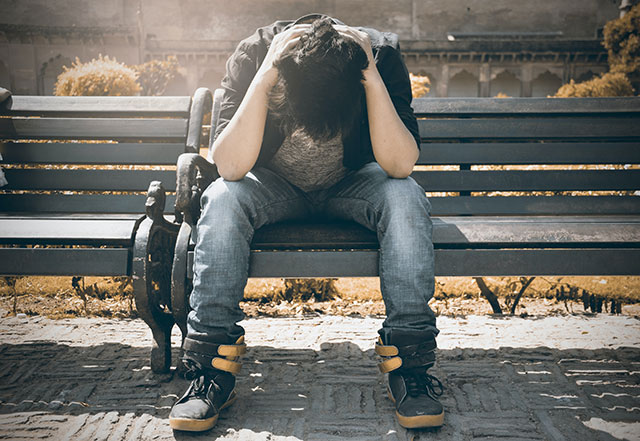 Written by Trevor Eddolls
As a solution-focused hypnotherapist and psychotherapist, I’ve been hearing more-and-more people mention that they have been feeling lonely lately. If that applies to you, you are not alone.

It’s clear that a more-than-usual number of people have been feeling very lonely during their period in lockdown. For some people, like many elderly people, it was because they were on their own for many weeks. For others, there may have been people around them, but they weren’t the ‘right’ people or doing the ‘right’ things. Some people may miss one particular person, such as a spouse, sibling, or best friend. And others may simply wish to be part of a wider social network that they could interact with.

But how common is loneliness generally? A 2018 report from the Office for National Statistics found that:

It works out that there are more than 900,000 people aged 65 and over in the UK reporting feeling lonely all, or most of the time.
According to de Jong-Gierveld and Raadschelders (1982), Duck (1992), and others, there are two levels of loneliness: chronic and transient. For people who are chronically lonely, their experience of loneliness is persistent, often extending to many years, and doesn’t change with what the person is doing. It looks like the cause of the feelings is internal. They may feel the intensity of the loneliness vary over time, but it is always there. Transient loneliness, as its name suggests, is experienced for short periods of time, and is usually the result of a specific situation.

Courtney and Meyer (2020) published in the journal JNeurosci their findings that loneliness alters how the brain represents relationships. They suggested that the medial prefrontal cortex (mPFC) (near the very front of the skull) maintains a structured map of a person’s social circles, based on closeness. People that struggle with loneliness often perceive a gap between themselves and others. This gap is reflected by the activity patterns of the mPFC. Courtney and Meyer used functional magnetic resonance imaging to examine people’s brain activity while they thought about themself, close friends, acquaintances, and celebrities. Thinking about someone from each category corresponded to a different activity pattern in the mPFC. There was a different pattern for the self, for the social network (both friends and acquaintances), and for celebrities. The closer the relationship, the more the pattern resembled the pattern seen when a person is thinking about themself. These brain patterns differed for lonelier individuals. Activity related to thinking about the self was more different from activity related to thinking about others, while the activity when thinking about others was more similar across social categories. In other words, lonelier people have a ‘lonelier’ neural representation of their relationships.

Loneliness is definitely not good for you. For example, social isolation and loneliness:

Studies have shown that adolescents who are lonely may be more likely to use drugs or alcohol and become sexually active at an earlier age than their peers. Lonely teenagers are also more likely to engage in risky and unsafe sex or exhibit aggressive behaviour.

Things that can lead to feelings of loneliness include:

The distress associated with loneliness can be significant and may lead to feelings of helplessness and hopelessness. People who are shy, experience social anxiety, or are reluctant to take social risks, and they may be more likely to describe themselves as lonely and may have difficulty forming lasting and satisfying relationships.

It should be remembered, that while many people who feel lonely are physically alone, not everyone who is alone feels lonely. Some people simply choose to have few social connections. If a person chooses to be alone, they may well enjoy and welcome the solitude.

One of the issues with loneliness is that many people are reluctant to admit it – they feel that it is a sign of weakness. The obvious solution to feelings of loneliness is go to out and meet people, but that can be hard. Obviously, during lockdown that was very difficult!

So, what can people do to stop feeling lonely? The charity Mind offers some suggestions:

When you visit a solution-focused hypnotherapist, we can help with any issues associated with loneliness such as depression, anxiety, or anger issues. We can help people to sleep better. We can help you to relax. And we can suggest that you treat any attempts to socialize as experiments. If an attempt at socializing, eg joining a badminton club, doesn’t work, then the information you get from the result of that experiment can simply help you when you plan your next experiment, eg join a bridge club (or whatever). The result doesn’t reflect in any way on you personally. And the very fact that you are able to share your inner thoughts with your hypnotherapist, may very well make it easier for you to talk to any new people you meet.

Loneliness is a big problem, and it, in many ways, is a hidden problem. The good news is that solution-focused hypnotherapy can help.