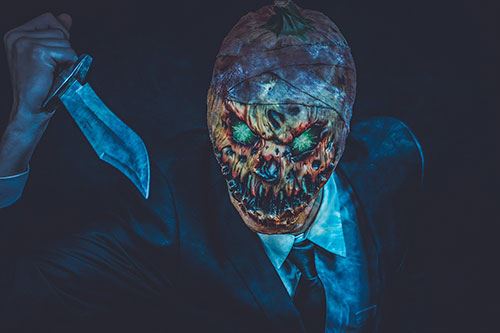 What do people have nightmares about? A 2016 survey of 2,000 people from AmeriSleep found that the most common nightmares involve falling, being chased, and death, despite the fact that Americans ' most common fears revolve around the government, the environment, and money.

A 2007 study by Haun et al published in the Journal of Clinical Sleep Medicine found that one or two sessions of hypnotherapy might be an efficient first-line therapy for patients with certain types of parasomnias. Parasomnias are undesirable events or experiences that occur either during sleep or within close proximity to sleep and include nightmares, sleepwalking, etc.

Other studies have also found hypnotherapy to be helpful for people experiencing nightmares, eg Gerard Kennedy 2002. 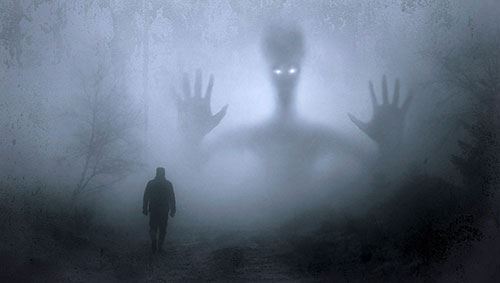 However, researchers did wonder whether when a certain threshold of fear is exceeded in a dream, it loses its beneficial role as an emotional regulator. For example, a 2009 study by J Roberts et al analysed the dreams and stress levels of 624 high school students and found that those who reported being distressed by their dreams were even more likely to report suffering from general anxiety. This didn 't find whether the nightmares made the children more stressed or whether it prevented them being even more stressed. However, a small 2019 study by Louis-Philippe Marquis at al found that that nightmares could actually enhance waking-life distress.

Mark Blagrove and colleagues at Swansea University concluded that the most intense dreaming activity occurs when a person 's brain is working hard to process recent, emotionally-powerful experiences. This suggests that dreaming acts like overnight therapy to soothe the emotional impact of a person 's experiences.

Why do we dream?

The next question is: what are dreams for? Freud in 1900 thought that dreams were simply to do with wish fulfilment. He thought they were manifestations of a person 's deepest desires and anxieties. And, like everything else, he thought every dream topic represented the release of sexual tension. That 's not the current theory. Deep non-REM sleep is associated with static thoughtful dreams, which are primarily driven by the hippocampus in the process of long-term memory consolidation and predominantly include memories of events 'as they happened ' without the random novel combination of objects seen in REM sleep dreams.

Dreams that occur during periods of rapid eye movement (REM) sleep can be vivid and bizarre, and they are the ones that people usually remember if woken up. REM sleep is also known as paradoxical sleep because of physiological similarities to being awake. REM sleep helps preserve certain types of memories, ie procedural memory, spatial memory, and emotional memory. And lack of REM sleep can inhibit learning. However, it has been suggested that acute REM sleep deprivation can improve certain types of depression. REM sleep occurs most often just after birth, and decreases with age. According to Markov et al (2012), 80 percent of dreams occur during REM. And it 's estimated that 95 percent of dreams are forgotten by the time a person gets out of bed.

Nightmares occur while a person is dreaming. The signs and symptoms of nightmares, according to the DSM-5, are repeated occurrences of extended, extremely dysphoric (a profound state of unease or dissatisfaction), and well-remembered dreams that usually involve efforts to avoid threats to survival, security, or physical integrity and that generally occur during the second half of the major sleep episode. On awakening from the dysphoric dreams, the individual rapidly becomes oriented and alert. The nightmare symptoms are not attributable to the physiological effects of a substance (eg a drug of abuse or a medication). 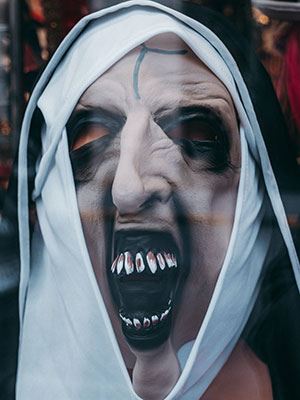 Recurring nightmares may not be identical each time a person has them, but they will have similar themes. A person who is stressed or anxious may very well have more frequent nightmares. Becoming worried about a particular event or situation - including only dreamed of situations - can result in a person needing to dream about it again and again until the situation is resolved or loses its emotional content.

How can hypnotherapy help?

So, how can solution-focused hypnotherapy help? The obvious way is to help a person deal with the stress or anxiety in their life - what your therapist will refer to as stress bucket emptying, ie helping to remove the stress that you have experienced during the day. Hypnotherapy can also help you to get a good night 's sleep, which can also help to reduce your stress levels. Of course, lack of sleep may be because you don 't want to go sleep in case you have a nightmare. Hypnotherapy can also help you with any negative thought patterns. Maybe, your accepted ideas of why a person (your boss, your staff, your children, your partner, etc) is behaving in a negative way towards you might be wrong. There might well be an alternative explanation for their behaviour that doesn 't involve you.

Your hypnotherapist might advise you to no not eat immediately before going to bed as a way of stopping nightmares. They might suggest that you write down any concerns or worries you have before getting into bed, so you don 't keep thinking about them in while trying to go to sleep.
Your therapist might discuss your recurring nightmare, and help you to rewrite the ending to be more positive. Perhaps someone turns on the light and the bad guys run away. Perhaps the aliens are called away to invade a different planet. Perhaps the water stops filling up and escapes through a hole leaving you warm and dry.

These techniques can be successfully used with children and adults.